Shanghai Institute for Advanced Immunochemical Studies (SIAIS) in collaboration with Amgen Biopharmaceutical (Shanghai) Co., Ltd successfully held the 2016 Bio-Forum in Pudongfrom November 7th to 10th.Twenty scientists from the world’s top universities and research institutions, including Nobel laureates and academicians from Chinese Academy of Science were invited to attend as distinguished speakers and more than 300 researchers and representatives of biological medicine industry attended this year’s Bio-Forum.


In the opening ceremony,Vice President and Provost of ShanghaiTech University Professor Yin Jie and the chairman of 2016 Bio-Forum and BBRC editor Professor Ernesto Carafolidelivered the opening addresses. After the opening ceremony, Professor Ada Yonath from Israel’s Weizmann Institute of Science, the winner of the Nobel Prize in Chemistry in 2009, gave a great talk about “Key issues in contemporary medicine, the microbiome and environmental aspects: Focus on ribosomes.”


On the morning of Nov 8th, Professor Poo Muming, the director of Shanghai Institute of Neuroscience and academician of the Chinese Academy of Sciences, gave a fascinating talk on Neural Plasticity from synapse to perception. Depending on the pattern of neuronal activities, repetitive synaptic transmission could cause long-term potentiation (LTP) or long-term depression (LTD) of synapse efficacy, and this would extend to the production of cognition and consciousness. He presented research that shows that mirror self-recognition, a cognitive function known to be limited only to humans and great apes, could be acquired by rhesus monkeys following training for visual-somatosensory. Undoubtedly, this study is of great significance to the understanding of the origin and the neural mechanism of human self -consciousness, and provides a new clue for the exploration of the mystery of the human brain. On the morning of Nov 9th, Immunochemistry Professor Richard Lerner, the founding director of Scripps Research Institute, showed a new way to understand the essence of life from Newton's law of motion. In his report, biology turns out to be Newtonian Checkpoints. His research group used a cell migration based in vivo selection system to generate antibodies that induce cells to both differentiate and selectively localize to different tissues. Their study provides a feasibility for the regeneration and repair of organization system.


The ShanghaiTech-SIAIS Bio-Forumis a high level international first-class academic conference that has successfully been held for the past two years. The theme of 2014’s BioForum lies in “Cellular Processing of Information” and last year’s BioForum focused on “Integrative Biology of Cellular Processes.”Under the background of developing aScience Innovation Centre with global influence, ShanghaiTech held this forum providing a high-end academic exchanging platform for the researchers within Zhangjiang Hi-Tech Park as well as their fields at home and abroad. Meanwhile, the communication and cooperation will strengthen between academic and industrial sectors, which is favorable to the establishment of Zhangjiang’s national comprehensive scientific center and will promote the booming development of China Bio-pharmaceutical industry. 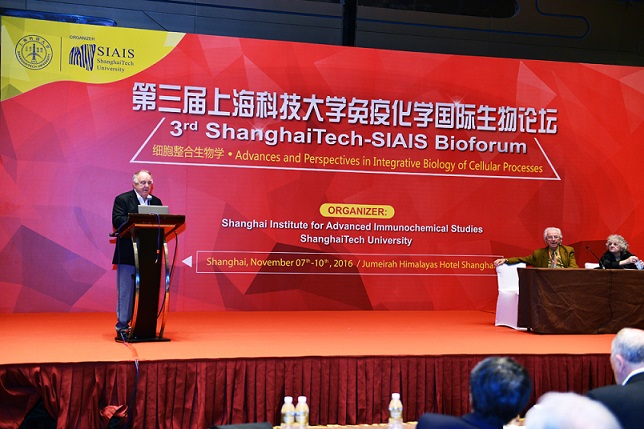 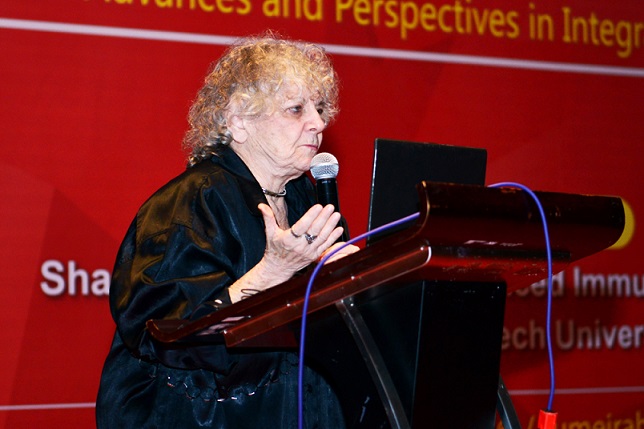 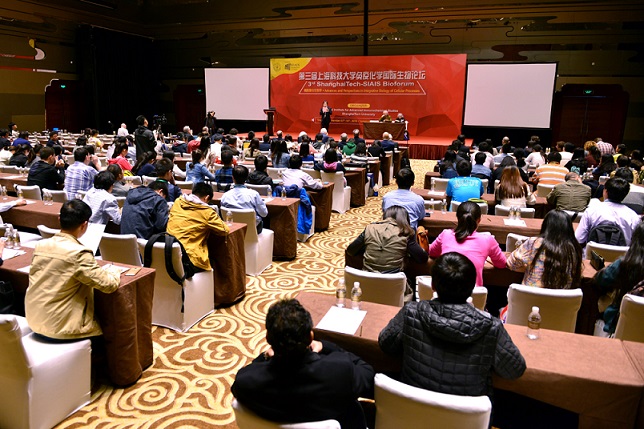