On November 16th 2019, Dr. Haitao Yang, Principal Investigator from Shanghai Institute of Advanced Immunochemical Institute (SIAIS), received the 2019 Youth Shu Lan Medicine Award. This is the first time the prize has been awarded to ShanghaiTech faculties. 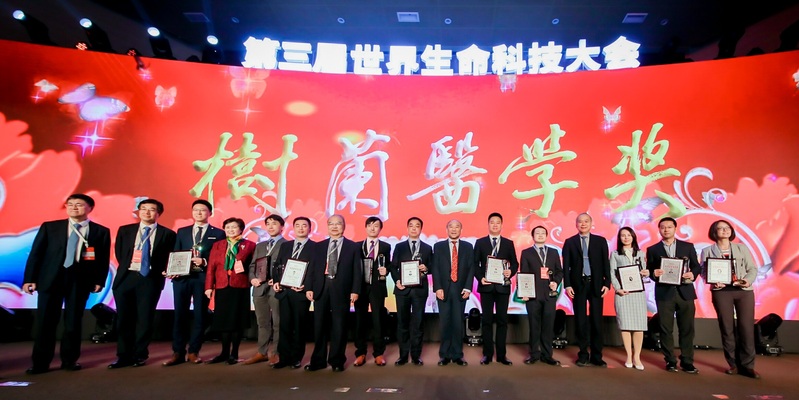 (The image is from: http://www.shulanfund.org/news_info.php?284)

Dr. Haitao Yang received his BS degree from Sichuan University (2001), and his Ph.D. degree from Tsinghua University (2006). Following his postdoctoral research at the Yale University (2006-2011), he was promoted to Associate Research Scientist (2011-2013). He joined Tianjin University in 2013, where he became Full Professor and served as Vice Dean of School of Life Sciences (2013-2017). He is also Research Professor of Tianjin International Joint Academy of Biomedicine (Adjunct) and Director of Infectious Disease Drug Discovery Institute. He joined ShanghaiTech University in 2018 and established the Lab of Infection and Anti-infection at SIAIS. Learn more about Dr. Haitao Yang at his webpage: