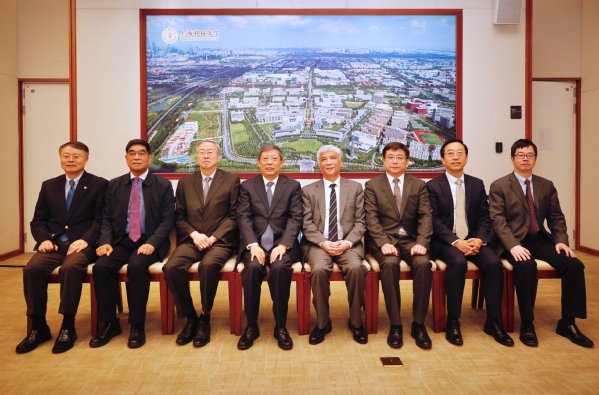 The Board members reviewed the report by Vice President & Provost Yin Jie on the recent development progress of ShanghaiTech, and fully affirmed the achievements of ShanghaiTech in the past year.

The Board members reviewed the nomination of Vice President and Deans by President Jiang Mianheng and Secretary of Party Commission Li Ruxin and approved appointments.

The University Governing Board believed that ShanghaiTech has made remarkable achievements in faculty development, student training and scientific research in the past seven years, and university’s development prospects are promising.

The University Governing Board suggested that ShanghaiTech should always committed to it unique mission and vision, better integrate ShanghaiTech’s Fourteenth Five-Year Plan with the Fourteenth Five-Year Plan  of the nation, the Ministry of Education and Shanghai,  and actively undertake innovative basic research and national strategic research by seizing opportunities such as the national laboratory construction,

The University Governing Board hoped that ShanghaiTech University will achieve higher-quality development in the next five years and make greater contributions to serving the national innovation-driven development strategy and the construction of Shanghai Science and Technology Innovation Center.