On the afternoon of November 2nd, the Portrait Unveiling Ceremony for Richard A. Lerner, Distinguished Adjunct Professor and the Founding Director of SIAIS, was held in the Y Building. Jiang Ge, Vice President of ShanghaiTech and Executive Director of SIAIS welcomed distinguished guests: Roger Kornberg, the 2006 Nobel Prize Laureate in Chemistry and Professor of Stanford University; Michael Levitt, the 2013 Nobel Prize Laureate in Chemistry and Professor of Stanford University; Rao Zihe, Distinguished Adjunct Professor and Academician of CAS; Wang Shouzhi, Vice Dean of the SCA; Yang Haitao, Deputy Director of SIAIS and Wang Jie, the creator of the portrait and Assistant Professor of SCA, and together they unveiled the portrait. Yang Haitao hosted the ceremony, and other attendees included Raymond Stevens, the Founding Director of iHuman Institute, Liu Zhijie, Executive Director of iHuman Institute, and deans and faculty members from iHuman, SIAIS and SLST.

Prof. Richard A. Lerner is a member of the National Academy of Sciences and the American Academy of Arts and Sciences. He is one of the most renowned founders and pioneers of immunochemistry theory in the world. Prof. Lerner joined ShanghaiTech in 2012 as the Founding Director of SIAIS, Distinguished Adjunct Professor and PI of the Lab of Antibody Design. His main research direction is to develop antibodies, peptides and targeted small molecule drugs related to therapy, stem cell biology and cellular immunology, using protein engineering technology and DNA-encoded compound library (DEL) technology. He has made outstanding contributions to the development of SIAIS. 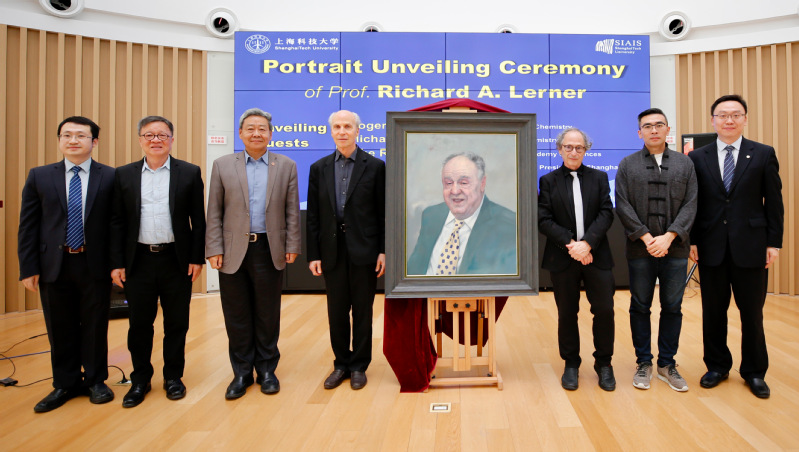 President Jiang Ge welcomed the attendees and began with a talk introducing Prof. Lerner’s outstanding achievements in immunochemistry. He also talked about the origins of the partnership between Prof. Lerner and SIAIS, and expressed the hope that all SIAIS staff would take Prof. Lerner’s spirit as a guiding light to improve human health through high-level fundamental research. Jiang Ge expressed his appreciation to Wang Jie by quoting words from an evaluation provided by Nicola Lerner, who is Prof. Lerner’s wife, “The portrait is terrific. The artist really captured his spirit. Thank you so much for this honor!” 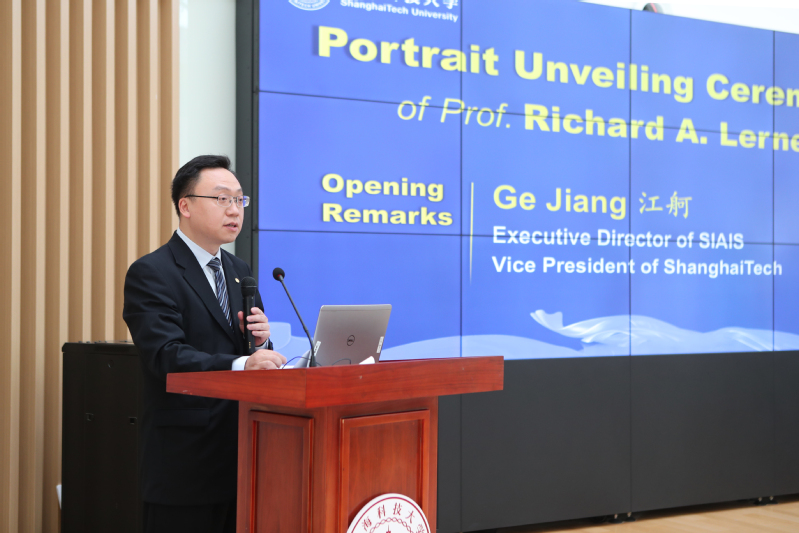 At the end of the ceremony, Wang Jie gave a brief review of his creative procedure and methods. “This was a glorious but arduous creative task,” he said. “This was my first time  creating an oil painting portrait for a great, world-renowned scientist. Prof. Lerner’s epoch-making contributions in the field of life sciences are valuable treasures. It is a great honor to paint a portrait for him. Art and science are both interpretations of life, time and space. It is hoped that artists and scientists will work together towards the same direction and goal in different fields.” 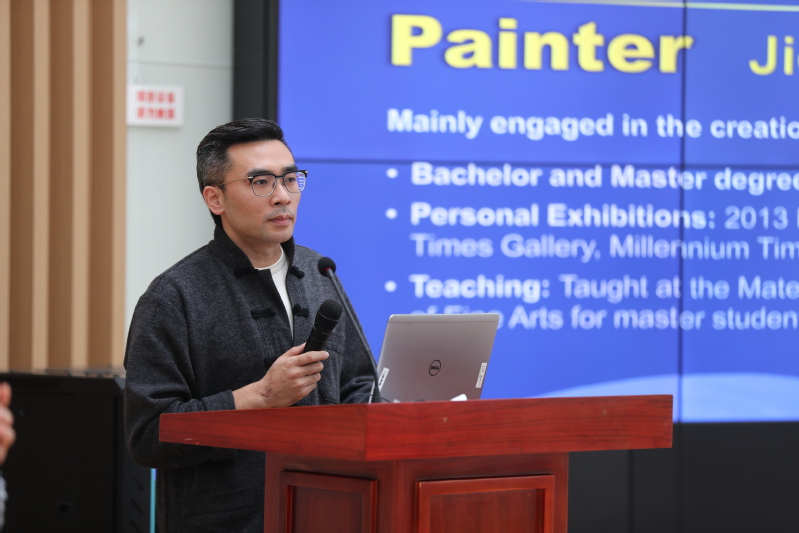